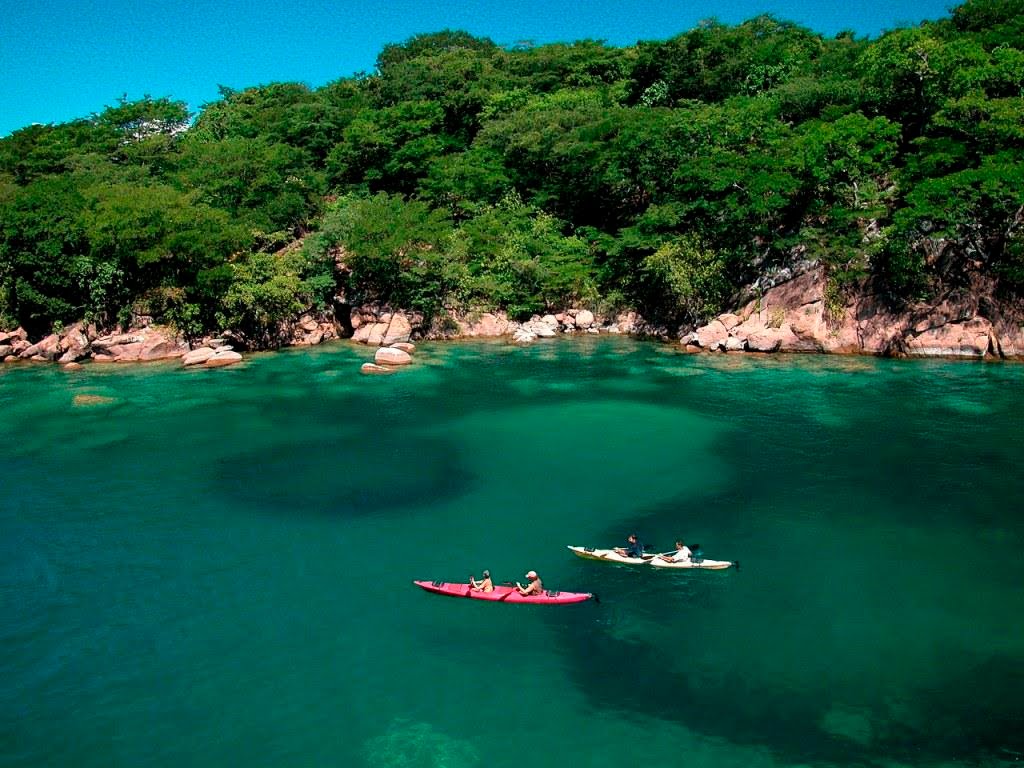 The lake Nyasa (Nyasa means “lake”) is located at the south-west of Tanzania, The lake lies in three countries’ territory; Tanzania and Malawi. However, it is bordered by three countries, Tanzania , Malawi and Mozambique. It is the third largest in Africa (after Lake Victoria and lake Tanganyika) with 550 kilometers length and 75 kilometers width, covering an area of more than 11,400 square kilometers. In some parts, the lake is as deep as 700 meters.

The lake lies in the sided walls of mountain ranges: the forested Livingston Mountains and Nyika Plateau, which provide the magnificent view of the lake from far and the landscape for hikers and backpackers.

Lake Nyasa is also among the Great Rift Valley’s lakes, which shares some of the characteristics with lake Tanganyika. The lake has a distinctive characteristic: 14 rivers pouring their waters into the lake, and only one river which flows out to the sea, River Shire.
Some parts of the lake offer nice beaches and places to swim. Matema, in the northern part of the lake is considered to be the best beach for people who like to relax swim along the lake shore. In contrast to other lakes the water of lake Nyasa is bilharzias free. There are also caves and interesting waterfalls to see.
Other activities include local canoeing ride down the river, hiking on surrounding mountains.
Though Lake Nyasa does not receive many tourists, the lake is magnificently attractive and is rich in crocodiles and hippopotamus. For Fish lovers, Lake Nyasa is biologically the most diverse lake, containing approximately 30% of world’s cichlid species (colorful fish which are easily seen in the lake’s clear water).
With combination of Tazara round trip, Reaching this Far will provide you the most landscape picturesque of Tanzania’s Geography