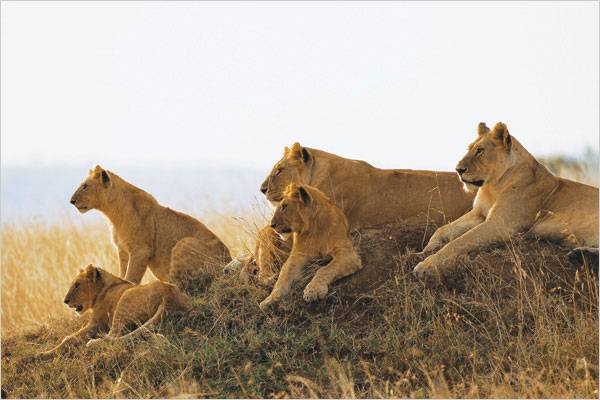 This is relatively small (3230 sq km) National Park lying 300 km west of Dar-es-Salaam and is the closest park to the capital. It is nestled between the Uluguru Mountains to the East and the Rift Valley escarpments to the Southwest. Even though this is a small park, there is a border with the Selous Game Reserve, allowing movements of game and therefore Mikumi benefits from the highest game density of the entire conservation area, while still being easily accessible. Mikumi National Park is composed primarily of the Mkata River flood plain, surrounded by gently rolling hills covered in miombo woodland.

Although less spectacular than some of the more illustrious Tanzanian National Parks, Mikumi still offers a good safari experience with typical flora and fauna of East Africa. There is a rich variety of bird species as well as large numbers of giraffes, buffaloes and elephants and close to the water holes, lions, leopards and hippos can be observed. Furthermore you can see zebras, wild dogs, pythons, hartebeest, wildebeest, elephants, impala, warthog, eland and other antelopes. Several observation towers enable you to view the park in its entirety. Swala Safaris offers Budget Mikumi National Park Safaris with most affordable packages.