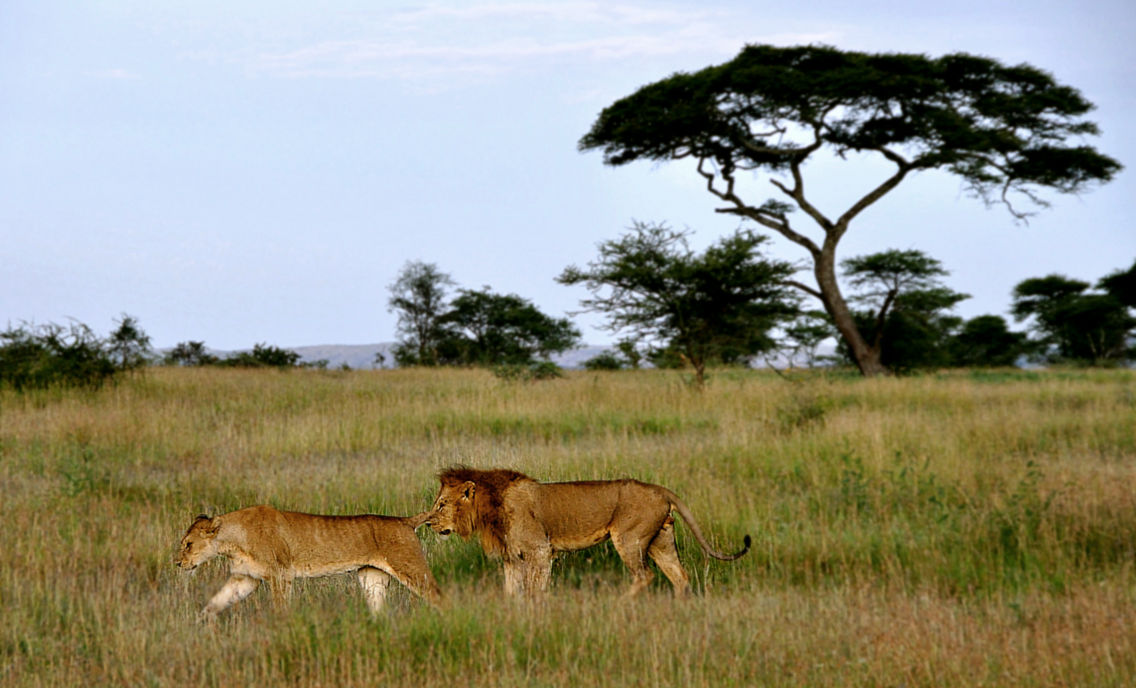 The park covers 14,763 sq km of endless rolling plains, which reach up to the Kenyan border and extends almost to Lake Victoria. The park is flourishing with magnificent wildlife. An estimated 3 million large animals roam on the plains. People of the Maasai Tribe called it Siringet – ‘the place where the land moves on forever.’ Swala Safaris offer affordable packages for amazing Serengeti National Park Safaris. Serengeti National Park Safaris in Tanzania is undoubtedly the best-known wildlife sanctuary in the world famous for wildebeest migration.

Two World Heritage Sites and two Biosphere Reserves have been established within this area. Its unique environment has enticed writers, filmmakers as well as numerous photographers and scientists. The Serengeti ecosystem is one of the oldest on earth, the main characteristics of climate; flora and fauna have hardly changed in the past million years.

Serengeti is renowned for the migration of animals. Every October and November, more than 1.5million wildebeest and about 220,000 zebras travel south from the northern hills to the southern plains for the short tropical rains and then journey west and north after the long rains in April to June. The animals’ ancient instinct to move is so strong that no drought, gorge or crocodile infested river can hold them back. The Wildebeest migrate through a number of parks, reserves and protected areas and through a variety of habitats.

Tanzania Wildlife Safaris
The Serengeti boasts of abundance and a big diversity of large mammals such as Patterson’s eland, Klipspringer, Dikdik, Zebra, Gazelles, Lions, Impalas, Leopards, Cheetah, Hyenas and other larger mammals like the Rhinos, Giraffes, Elephants and Hippopotami. Nearly 500 species of birds have been recorded in the park. The Serengeti is an opportunity for one of the best game viewing in Africa.

Migration in the Serengeti
Wildebeest Migration, like a discernible thread, embraces and connects the Serengeti’s ecosystem much as it has done for at least two million years. Every year, with some seasonally dictated variations in timing and scale, over 1.5million wildebeest leave the southern Serengeti’s short grass plains in search of the grass and water they need to survive. During their annual pilgrimage they travel some 2000 miles devouring 4000 tones of grass a day. A quarter of a million will be born, many will die.

History
The history of human inhabitation revolves largely around the history of the African people, from the hunter-gatherers who wandered the plains, to the people of today who protect it as a main destination for travelers. The Serengeti’s history has been virtually ignored, except Olduvai Gorge, where Leakey’s family discovered fossils of human and animal ancestors. Tsetse flies in the woodlands, and sleeping sickness, guaranteed that the Serengeti was spared of European settlement, and with it the extinction of wildlife that other African countries were subjected to.

When to visit
The Serengeti’s climate is warm and dry. The tropical rainy season is from March to May, with short rains from October to November. The Serengeti is lush and green after the rains, but a steady drying up follows which inhibits plant growth and encourages animals to migrate in search of water and better pastures. With altitudes ranging from 920 to 1,830 meters average temperatures vary from 15 degrees to 26 degrees Celsius. The coldest temperatures are experienced between June to October.